One of the best go-to spots for streetwear in Vancouver is without a doubt, DIPT. Founded by Jeff Martin aka Mister Martini, the store first opened its doors back in 2000 on Hornby street in Vancouver’s downtown core. Known for their perfect mix of both new and classic brands as well as their extensive sneaker offerings, it’s obvious that the vibe at DIPT is heavily influenced by hip hop music and fashion and that their customers love them for it. Representing Vancouver through and through with their in house label Vancity Original, the instantly recognizable “Vancity” logo can often be seen worn around the world by locals, visitors, DJs, and famous rappers alike.

In celebration of DIPT’s 15 year anniversary and brand new store renovation, we had the opportunity to catch up with Martini to talk about the growth and development of DIPT and Vancity Originals since they first opened. 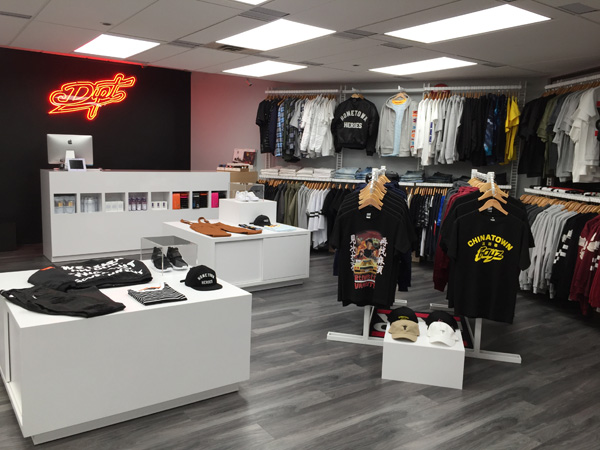 Congrats on the 15 year anniversary of DIPT! When you first opened the store back in 2000, did you have any idea as to what DIPT would evolve into what it is now?

Honestly when I opened I just knew that market was about to blow up and knew I wanted to be able to cater directly to street fashion. Back then brands like Russell Simmons' Phat Farm, Jay-Z's Rocawear, and Puffy's Sean John were just coming onto the scene and it was the starting point for a number of clothing brands that were directly marketed towards hip hop youth.

I'm just happy that we have been able to evolve with the times and stay relevant. I don't think we would still be here if I was still selling Enyce velour suits... although now I sell Vancity Original® brand velour suits so I guess we've come full circle. 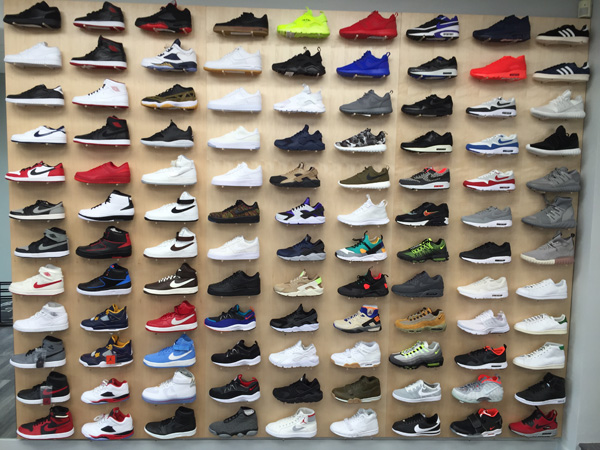 How would you say the retail landscape of downtown Vancouver has changed over the past 15 years?

When I opened Robson street was the epicenter of shopping in Vancouver. When I was looking for locations I knew I wanted to be within about 3 square blocks of Robson and Granville. Robson is still a focal point for mainstream shopping but over the past 15 years there have definitely been huge retail growth in areas such as Gastown and Chinatown and even West 4th which were, for the most part, destination locations up until fairly recently. I wanted to be near Robson because I wanted foot traffic more than I wanted to be cool.

Well I've told this story a million times, but I would still have to say having Master P as our first paying customer literally moments after we opened our doors was pretty cool. Especially since he was so huge at the time! I still have his signed mastercard receipt.

What advice would you give to other retailers looking to emulate the same long term success of DIPT?

Well aside from obvious business lessons I could go on about, I would have to say being able to stay on top of what’s hot and be willing to change with the times; you have to be constantly re-working your business plan. Also only do [this] if you really love it because retail is not as glamorous as you might think, haha. 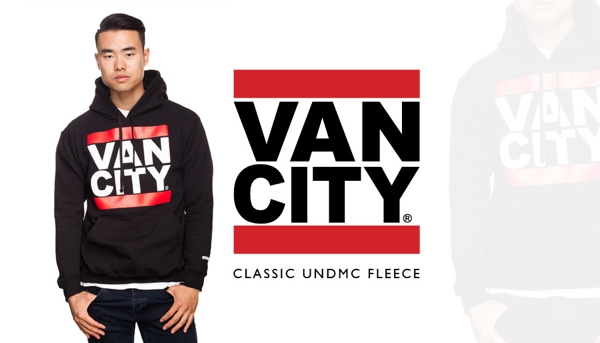 That is a really good question that I don't think I have been directly asked before. The Vancity Original brand started off as just some tees I made so people could rep their city. I really would just make the odd run of tees and that was when I was the co-owner of my first retail venture FWUH.

When I left there and opened DIPT, I slowly started making more designs but the definite turning point was when I did the UnDMC logo, as I call it. I did a series of flipped old school hip hop logos like RUN-DMC, Gangstarr, Das EFX, ONYX, Outkast, and Beastie Boys and they all did really well; but the one that everyone really kept requesting was the RUN-DMC flip so I kept producing it and that was around 2002-2003 I think. The first ever Vancity shirt I made was in 1998.

Anyway, over the years Vancity Original has become a full brand but that logo is the backbone for sure. As for the correlation with the success of DIPT, I can honestly say that without Vancity Original I may not still be here. When it started to really take off I realized that having an in house brand is the way to make money in retail; it got me through the 2008-2010 recession!!

What trade shows are you planning to hit up this year?

This year I will probably just hit Agenda, Capsule, Liberty, Project, and our local KNOWSHOW of course. I also really want to get out to Berlin for Bread and Butter one of these days.

Mad respects for Martini and his shop Dipt!