Today we’re catching up with Shane Foran the founder of Toronto based jewelry company, Vitaly. Craving a breather from a busy work and school schedule, Shane made a pilgrimage to Ubud, a quaint Bali town teeming with craftspeople. This is where he sketched his first piece of jewelry — a two-finger ring made from black wood. When he returned to Toronto, his skateboarder, tattoo artist and DJ friends clamoured after the spare architectural pieces he brought back, so he decided to merge his business smarts with his newfound artistic outlet.

Fast-forward five years, and everyone is wearing Vitaly with about 200 fashion retailers in Canada, the US, Europe, Asia and Australia carry the brand’s unmistakable pieces. Since graduating from wood, there have been countless new designs that experiment with stainless steel, titanium, tungsten and ceramics.

To keep up with ever-quickening demand, Shane makes bi-annual trips to Shenzhen to mock up his concepts right on the factory floor. Fuelled by the machine-shop process, he takes inspiration from the industrial nature of the manufacturing process, resulting in the structural, contemporary accessories Vitaly has become known for.

Below, we had a chance to touch base with Shane and catch up what’s new and coming up from Vitaly. 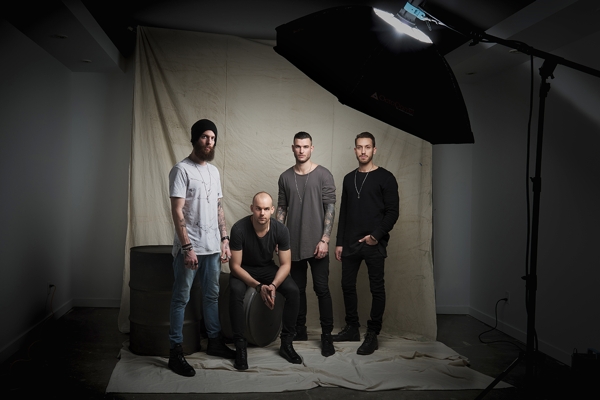 Q: Please introduce yourself and what you do.

My name is Shane Vitaly Foran — I am the founder, head-designer and CEO for Vitaly Design Ltd. which is the umbrella company for both Vitaly (www.vitalydesign.com) as well as Clocks And Colours (www.clocksandcolours.com).

Q: Vitaly is just over 4 years old now right? Thinking back to the beginning when you were just starting out, did you ever think you'd make it this far?

Believe it or not, Vitaly is over 5 years old now (hard to believe that much time has passed in the blink of an eye). I can tell you without hesitation that I didn’t anticipate coming even 1/100th of this far. My goal when I started Vitaly was to make enough money to pay off my first backpacking trip through SE Asia ($8,000). 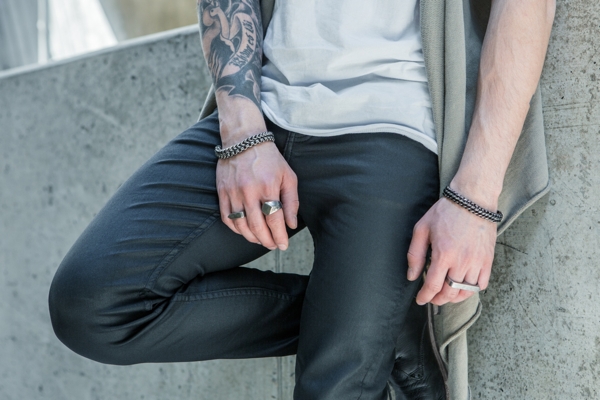 Q: Who would be your dream collaboration partner?

That’s a really tough question as there are a ton of people I look up to and would want to collaborate with ranging from Keith Buckley (singer of Every Time I Die) to the designers of Tiger Sweden (specifically their Tiger Jeans line) or Nixon who has also done an incredible amount of opening up the lifestyle and action sports world to accessories. I can tell you without hesitation that Red Bull is my favourite ‘brand’ though. While it might not be directly affiliated with ‘fashion’, it is directly affiliated with absolutely everything else I love and has spent hundreds of millions of dollars pushing those things forward (action sports, music, art, etc).

Q: I saw that you guys have been doing some Vitaly pop-up shops here and there. Would you ever want to open a permanent brick and mortar in the future?

You can expect our first [brick and mortar] in May and can look for several others over the next couple of years. 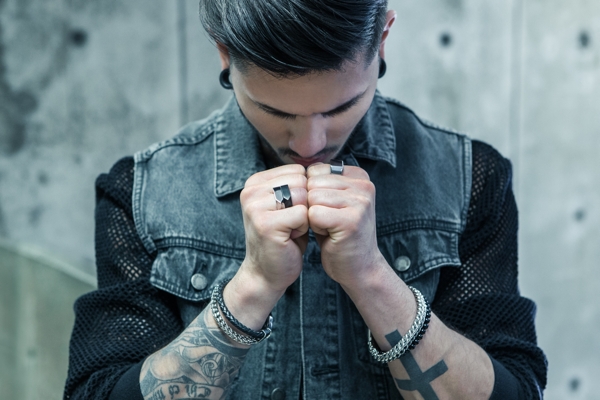 Q: You're probably one of the only jewelry companies to ever have a sponsored team. Tell us about your team roster and how they fit into the Vitaly lifestyle. Why is it important for you to have a team as part of Vitaly?

To be honest, we don’t really ‘sponsor’ anyone in the traditional sense. That said, we do have a team or group of friends that have always been supporters of the brand and that share a mutual respect. We keep them topped up with fresh gear and try to promote them whenever and however we can. My team and I are all fans of action sports, music and art — the team section is our way to collaborate with people who help fulfill our lifestyles. 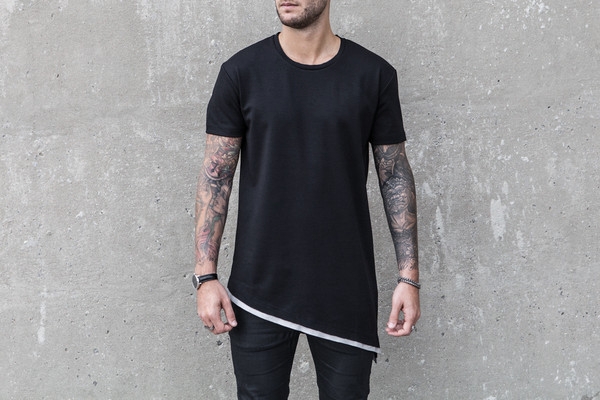 Q:You guys have recently started producing clothing under the Vitaly brand, how far do you want to take this? Would you ever want to get into cut and sew apparel?

Our pieces are actually all cut and sew. I’ve personally sourced every single fabric, designed and refined the cuts several times. The plan, however, is not to develop the line into a full-blown clothing line, but rather to offer a range of consistent silhouettes for men in several basic shades and fabrics. My team and I have almost always been jeans and t-shirt type people. The clothing is meant to be an extension of that lifestyle. It’s a little bit of edge and style without being over the top or too expensive - it can be worn every day - they’re staples through and through. 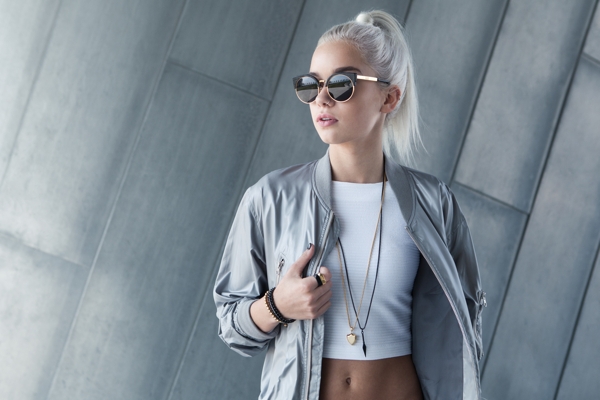 Q: I read that a higher percentage of women are now buying Vitaly goods over men right now. Have you ever thought to design a specific Vitality collection directly for women?

Admittedly I don’t think that’s the case the at the moment, but the sales to women are definitely scaling up.

While I hate to admit this given that we’ve always been a ‘unisex’ jewelry line, I do have more women’s oriented pieces in the works for 2016. The undeniable truth is that in general, men and women have different wants and needs when it comes to jewelry and while there is of course cross-over, it’s begun to really limit my design ability when trying to please both sexes. 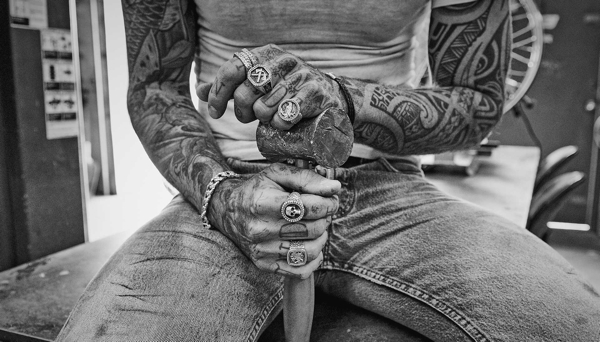 Q: Clocks and Colours is a new sister project you're working on alongside Vitaly. Would you say this new project reflects on your growth as a designer? Why did you decide to separate this brand from Vitaly?

I don’t think Clocks And Colours fully reflects my growth as a designer — more and more of my energy is actually going into Vitaly now. We have some major, major things coming down the pipeline in early 2016 for Vitaly and I think those things will very quickly demonstrate what I mean when I say that.

Clocks And Colours was introduced as a separate passion project in much the same way Vitaly started. I wanted something that was more detailed, raw and ‘biker-esque’ without being too over the top or massive, but I couldn’t find it anywhere.

After deliberating it for a while, I started designing exactly what I was craving at the time, and while I loved what I was coming up with, I just didn’t feel comfortable releasing it under the Vitaly name. The pieces just didn’t feel like they shared the same kind of energy and I felt releasing them under the same project would just be confusing.

Q: What are you working on next?

I can tell you that I’m working on a premium Made-In-Canada collection of jewelry that will roll out around early Q2 of next year. I’m also working on more women’s-oriented pieces and several new clothing styles. Unfortunately however, I can’t share with you our biggest news just yet as we’ve pushed back the launch to ensure that it’s as impactful as possible.

Q:Where can retailers go to see your collections? Any specific show rooms or trade shows that you will be represented at?

We will be showing at Liberty in Las Vegas again this February as per usual. Our products can also always be found at the Ampersand Co. showroom on Wingold in Toronto. Michael Andrews of Ampersand is our North American sales manager and has been doing an absolutely amazing job of making sure the continent knows about our lines.