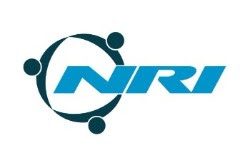 NRI Adds Eastern Leadership
NRI is pleased to announce the hiring of Jason Brooks as General Manager, NRI East.  Jason will be based in Montreal and lead NRI's east coast operations.

Jason comes to NRI from Puma Canada where he was VP of Operations and Supply Chain for the past 5 years.  Bringing a wealth of experience with top-tier brands and 3PL integrations in Canada, Jason will lead NRI's expansion in eastern North America.  "I am very excited to join such a dynamic organization that is focused on using best in class technology to service customers in very challenging time, where logistics has become such a critical part of the consumer ...

It is with great sadness that we announce the passing of Chad Horton.
He was one of the most vivacious and loved salesmen in the industry.
He built eternal friendships with his customers, and his family at Horton Berner Fashion group.
He touched many hearts and his radiant smile and endless personality will forever be remembered.
A service in his memory will be held on July 6th, between 2-5 at Mt Seymour Golf and Country Club in North Vancouver.
-Kerry Lawrence, Dan Falandysz, Michael Berner, and Mary Ann Horton

TORONTO, ON – Multi-brand sales and distribution agency, Slavin Raphael, is excited toannounce the new addition of Schutz to its roster of footwear brands including Hunter, TedBaker, and New Balance. Known for its sophisticated footwear with bold, double-take worthydetails, Schutz has become one of Hollywood’s favourite shoe brands.
“Schutz has been a long time personal favourite and when the partnership became official, myteam and I were ecstatic! The quality and craftmanship of every pair truly sets this Brazilianbrand apart from all the rest,” said Chloë Hardisty, National Sales Manager at Slavin Raphael.
...

Press Release - NRI Distribution has big plans for 2018, specifically expanding into Eastern Canada.  NRI has announced its commitment to open a Montreal facility in May of this year.


With operations already established in Western Canada and the United States, it is time to set their sights on the East Coast, and Montreal is NRI’s top pick to set roots in the east.  “We are entering the Montreal market for a multitude of reasons.  Not only are the people and the culture of Quebec in line with our company values, but we feel that Montreal is a great starting point to connect us to the vibrant independent outdoor and fashion retailers and consumers,&rdq ...