Over the Rainbow Moving to Manulife Centre in 2018

Toronto, ON May 3, 2017 – Iconic Yorkville denim and clothing retailer Over the Rainbow has announced plans to expand its Yorkville presence with the introduction of a new flagship store in the soon-to-be transformed landmark Manulife Centre located at Bay and Bloor. The new and improved store will feature a larger footprint, innovative design and provide a world class customer experience to Over the Rainbow's loyal clientele.  Award-winning architectural design firm Giannone Petricone Associates Inc. has been commissioned by Over the Rainbow to carry out the new design for the retail project, which is slated for completion in late 2018.

Press Release - Marketwired
VANCOUVER, BC--(Marketwired - March 22, 2017) - Pacific West Commercial Corporation, an affiliate of Vancouver-based Stern Partners Inc., is pleased to announce the closing of its acquisition of the business and assets of Jean Machine, a leading Ontario denim and fashion retailer serving customers through its approximately 30 stores. Jean Machine will continue to operate as an independent entity, and the new owner has offered jobs to nearly all of Jean Machine's employees.
"We are excited about the long-term potential of Jean Machine and the denim and casual apparel market in Canada," said Ronald N. Stern, President of Stern Partners. "We are confident in t ...

Our friends of at Vitaly have just taken the wraps off their first flagship store in Toronto. The store, located at 505 Queen Street West, spans over 1600 square feet over 3 floors. Vitaly, founded in 2011, makes contemporary jewelry and clothing for men and is sold in over 300 stores worldwide.
For more information, click here.
To read our feature on Vitaly click here.

The Future Classic cotton jersey is detailed with a classic tonal skate and stick logo on the shoulders, VANCITY name plate on the back and the Canucks VC logo appliqué on the front. The authenticity is found on the jock tag. A custom style you can't miss and the most decorated piece in the collection. ...

According to the Retail Insider, the Quebec based swimwear retailer, Bikini Village, has revealed new store design and branding along with plans to expand operations in to Western Canada.


“After 12 months of hard work and investment to realign the buying, strategic direction and positioning, and launching an online store, it was time to highlight a new era with a revamped logo and a new store design,” said François Roberge, President and CEO of Boutique La Vie en Rose Incorporated. “Looking in to the future, we have chosen a branding with a modern profile and a sumptuous metallic colour reminiscent of the sun, warm sand, and golden tans. The breath ...

Press Release - April 4, 2016
Richer Poorer has arrived in Vancouver, and brought a little sunshine (not real) and beach vibes (real) from California in their second retail pop-up shop by shoes.com.
Richer Poorer was recently purchased by shoes.com, and is distributed by Vancouver’s No Limits Group.

The pop-up will run from April 1st to 11th at 779 Burrard, and will feature Table Talk series with Vancouver entrepreneurs like Wings and Horns, Juice Truck, People Footwear and Reigning Champ amongst others.

Richer Poorer started from humble beginnings, and elevates inner wear such as socks, boxers and tee’s all of which can be purchased on location.&n ...

Our friends at livestock have opened a new store in Toronto at 406 Roncesvalles. The store, which also features a “pop down” space, features original wood floors and brick wallls with updates lighting and build outs. The store also features a modular racking system with incorporated power, allowing any of the apparel or footwear racks to be moved throughout the store.

Below are some images from the space and a brief description of each.

ENTRANCE, 1ST ROOM:
1. The entrance to the store keeps the original wooden floors and brick walls. The textures of the brick and wood floor add some visual warmth and depth to the store, which is contr ...

SEATTLE, Feb. 16, 2016 /PRNewswire/ -- Seattle-based Nordstrom, Inc. (NYSE: JWN) today announced plans to open a Nordstrom Rack at One Bloor in Toronto, Ontario, Canada. The 38,600-square-foot store is scheduled to open in 2018.
The store will be located in Yorkville on the southeast corner of Yonge Street and Bloor Street, a well-known shopping district in Toronto. The new Rack will join Bloor Street retailers that include Holt Renfrew, Prada, Gap, Michael Kors, H&M, and Zara. The store will be approximately one mile north of the Nordstrom full-line store scheduled to open September 16, 2016 at CF Eato ... 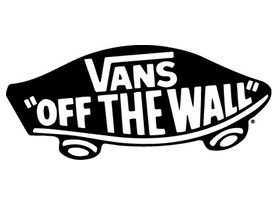 Montreal, Canada (June 16, 2015) –Vans Canada is proud to welcome Marianne Demers as the Vans Apparel Sales Manager. Marianne is responsible for participating in the creation and execution of the Apparel strategy, while supporting the sales team throughout Canada.  “Marianne brings a wealth of knowledge from her previous experiences as both, a wholesale and retail leader. This is a new addition to the Vans sales management structure that will allow the brand to be more focused on the Apparel business and maximize the brands exposure ” says Jason Good, Sr. Sales Manger, Vans Canada.
“I am very excited for this opportunity & to be apart of the team. Vans is a ...