Consumers are both ready and actively seeking out businesses that practice ethical social entrepreneurship.
Founded by Sofi Khwaja and Nicholas Horekens in 2013, the two former UN relief workers were seeing first hand how economic unrest was affecting the world and in starting their brand Alice + Whittles, made a commitment to do something about it. Based in both Toronto and Geneva, the lifestyle brand favours business transparency, ethical manufacturing practices, and worker empowerment.
Self-funding the production of their premiere product, a colourful, unisex espadrille, through a Kickstarter campaign, the duo has since gone on to include a selection of rain boots arriving to market jus ...

The millennial travel industry right now is completely different from even just ten years ago. With more and more young people aiming to go on shorter, but more frequent trips, their luggage and packing needs change as well. Parkland Design and Manufacturing understands this; possibly more so than others. Operating out of Vancouver, BC, Parkland creates design-driven gear with clean silhouettes that are built to last. Whether it’s a daily commute, a weekend getaway or an excursion with friends, their products are designed for travel and adventure.

Check out this interview we did with Sean Miller, the sales and business development manager at Parkland Design and Manufacturing, where ...

As the “athleisure” lifestyle continues to be adopted by more and more people, brands are racing to meet their needs by developing specialized fitness lines out of thin air. People Footwear, however, adopted the philosophy of “high performance leisure” back when they first launched to market and continue to lead the market to casual footwear nirvana.
Below, we were able to catch up with Esme Smith, a brand co-founder and current director of operations, to talk about everything the brand has accomplished so far in such a short time.


People Footwear is just about a year old now correct? What stores are currently carrying the brand?

Based in Montreal, Cartel is relatively new footwear company that produces traditionally designed leather shoes. The company’s co-founder and creative lead, Davis Guay, combines his past experience working with a globally manufactured and distributed footwear company with his background in music to design all of the silhouettes offered by Cartel. Always very observative, Guay considers every aspect of his designs to ensure they communicate the highest quality possible while maintaining an accessible price point at the retail level.
Below we had a chance to talk to Davis Guay about his inspiration behind design for Cartel as well as his future plans for the brand in 2016.

Today we’re catching up with Shane Foran the founder of Toronto based jewelry company, Vitaly. Craving a breather from a busy work and school schedule, Shane made a pilgrimage to Ubud, a quaint Bali town teeming with craftspeople. This is where he sketched his first piece of jewelry — a two-finger ring made from black wood. When he returned to Toronto, his skateboarder, tattoo artist and DJ friends clamoured after the spare architectural pieces he brought back, so he decided to merge his business smarts with his newfound artistic outlet.
Fast-forward five years, and everyone is wearing Vitaly with about 200 fashion retailers in Canada, the US, Europe, Asia and Australia carry th ...

This week, we spoke to new Montreal transplant Jason Good, who packed his west coast bags to be the new Canadian sales manager for Vans. He talked to us about the new Geoff Rowley SPV shoe, collaborations with Vans’ brand advocates and why everyone needs a pair of Old Skools.

How did you get your start in the industry?JG: I got into the industry when I was 18-years-old. I got my first start in the business on the snow side of things by working in a rental shop back in 1991 at Apex Resorts in Penticton. I loved snowboarding and needed a way to get deals on new stuff, so I got sucked ... 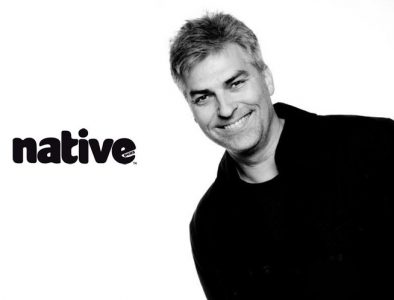 *originally posted 12 July 2013
We are big fans of Native Shoes.  With so much going on with the company lately... we decided to send the new CEO, Scott Hawthorne some questions to learn more about him and his plans for the brand in Canada.
HI SCOTT, CONGRATS ON THE ACQUISITION OF NATIVE AND THE APPOINTMENT OF DARREN HAWRISH AS PRESIDENT. MANY KNOW DARREN FROM HIS TIME WITH NO LIMITS, CAN YOU GIVE US A SHORT BIO ON YOURSELF?
I am a creative entrepreneur who enjoys getting ideas off the ground. After spending 10 years at a French investment bank in Tokyo I returned home to Vancouver to pursue this passion. I was one of the original founders of Native ...